We made a Cannoli Cake for Jacob's birthday last week.  This cake kind of evolved from a brainstorming session we had.  After Jacob tasted a cannoli at a local restaurant, he decided he wanted some for his birthday.  I found these cannoli cones, as I wasn't too keen on trying to fry the cannoli shell. 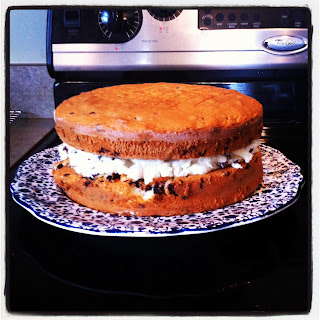 The cake was a big hit.  It was good!  The birthday boy approved. 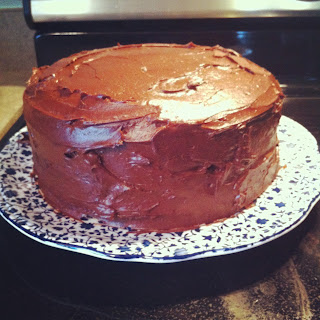 Bob even brought home one little cannoli for the finishing touch on top. 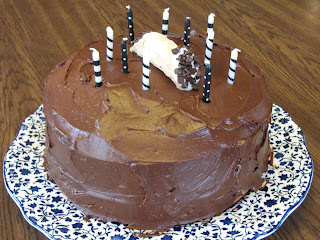 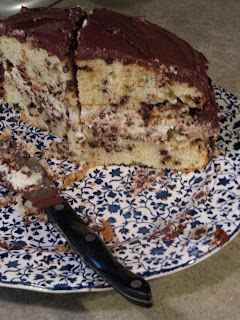 It was a simple to make and tasted yummy.  Lots of bang for my baking buck!

Hope you and your family have a blessed Holy Week and a wonderful Easter.  Don't forget to start the Divine Mercy novena on Good Friday, one of my very favorites. 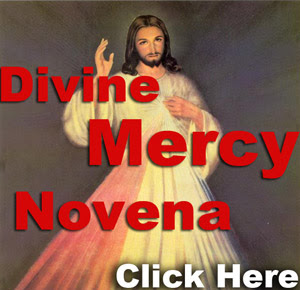 You are quite the chef! That looks delish!!!

That looks amazing. Cannoli's are my favorite dessert. I would never have thought of this! Did you pin it to your Pinterest page??

Oh my! That looks divine! I love a good cannoli :) I really like your cake plate as well. Very cute, Jen.

Thanks Patty! I've had that plate for many years, I really like it too :)

Wow and double wow, that looks amazing! I'll have to remember this one. Love the Divine Mercy and the Novena is a Good Friday tradition in our family too:) It's so comforting knowing so many other families are praying right a long with you!

This looks amazing! I'm going to have to add it to my birthday wishlist. Thanks for sharing!